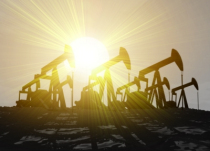 As we reported previously, recent exploration and production in the Marcellus Shale has forced Pennsylvania courts to address interpretation of oil and gas leases which may be over 100 years old, relying on cases that are similarly over 100 years old, and to harmonize or reject those cases as they impact the people and property in the 21stcentury.  On March 26, the Pennsylvania Supreme Court attempted to do just that in T.W. Phillips Gas and Oil Co. v. Jedlicka, No. 19 WAP 2009 (Mar. 26, 2012).  The case involved a 1926 oil and gas lease which provided, in relevant part, that the lease would continue for “as long . . . as oil or gas is produced in paying quantities” and required interpretation of the term “in paying quantities.”  Read More »

Those of you who have stumbled upon our blog through google or other search engines may wonder who we are and where we come from.  Manko, Gold, Katcher & Fox, LLP is, in many ways, a unique firm, and proudly so.  The current issue of Litigation Commentary & Review spotlights our firm; we hope you’ll take a look at the article to learn more about us.

| Email| Comments|  Topics: Press
The Sacketts Get Their Day In Court, Says The Supreme Court
Posted on March 21, 2012 by: Shoshana (Suzanne Ilene) Schiller

In a unanimous opinion that probably surprises no one, today the United States Supreme Court ruled in Sackett v. EPA, No. 10-1062 (Mar. 31, 2012), that Administrative Compliance Orders are final agency orders which are subject to the Administrative Procedures Act and thus can be appealed even in the absence of an enforcement action by the EPA. Read More »

Yes, the per curium opinions in Exxon Mobil Corp. v. Ford, et al., No. 1804, September Term, 2009 (Md. Spec. App Feb. 9, 2012) are over a month old, but at 309 pages, it isn’t light reading.  It takes a while to digest the five different opinions and try to reconcile, in any reasonable fashion, what they say.  And while several issues were addressed by the court, we’re going to focus here on a favorite tort – medical monitoring. Read More »

For the past year, the natural gas industry was hopeful that 2012 could be the year that Marcellus Shale natural gas production in New York could finally begin in earnest.  Governor Paterson’s Executive Order No. 41, which effectively banned the use of high volume hydraulic fracturing and horizontal drilling necessary to extract natural gas from the Marcellus Shale, expired in 2011.  During the moratorium the state moved forward with its efforts to establish a regulatory and permitting framework that would allow for Marcellus Shale development in New York.  New York’s Department of Environmental Conservation (“DEC”) issued for public comment preliminary and revised draft Generic Environmental Impact Statements that recommended lifting the moratorium on Marcellus Shale development.  In addition, DEC issued a set of proposed regulations applicable to high-volume hydraulic fracturing in 2011.  With the  comment period on the regulations closing on January 11, 2012, industry hoped that the administrative and regulatory hurdles holding back Marcellus Shale development in New York would soon be gone.  Read More »

| Email| Comments|  Topics: Marcellus Shale, Oil and Gas
You Can’t Have It Both Ways: Eleventh Circuit Joins The Pack In Rejecting 107(a) Claims For Parties Who Perform Under A Consent Decree
Posted on March 7, 2012 by: Shoshana (Suzanne Ilene) Schiller

Although CERCLA has been around for many years, courts are still interpreting both its parts and its whole.  In recent years, the Supreme Court has tried to direct traffic between Section 107(a), which permits PRPs to bring cost recovery actions against other PRPs for “any necessary costs of response incurred” by the PRP bringing suit, and Section 113(f), which permits PRPs who have been sued under section 106 or 107(a) or have entered into a judicially-approved settlement with a federal or state government resolving CERCLA liability to bring actions for contribution against other PRPs to recover amounts paid in excess of their equitable share of liability.   Because these two provisions have differing limitations periods, burdens of proof, and allow for different forms of recovery against multiple defendants, the distinction is often significant. Read More »